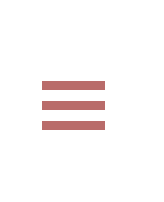 Ladybird & Bee to launch in English on Mon 4 Oct

Following on from the successful Irish language series, Ladybird & Bee premieres in English on 4 October on RTÉjr (weekdays from 7am) and on demand via RTÉ Player. This colourful animated series uses simple, short stories to engage toddlers with the natural world and explain what biodiversity means.

Characters Ladybird and Bee are best friends. As they journey through Wild Meadow, they befriend other inhabitants: grasshoppers, caterpillars, even worms who live underground. Their adventures reveal the important part each creature plays in nature, illustrating ecosystems in a way that young children can understand. The show’s key theme is that there is diversity in all things; no matter how big or small, everyone has an important role in helping create a healthy, happy, balanced world.

Creative Director of Paper Owl Films, Gráinne Mc Guinness said:
“The earlier children can learn about the need for biodiversity the better. We hope Ladybird & Bee will primarily entertain toddlers – but also inspire a life-long love of nature and an understanding of the need to protect the natural world now and in future.”

Suzanne Kelly, Commissioning Editor at RTÉjr said:
“With Ladybird and Bee as your guides, we get up-close with all the fascinating creatures and mini beasts that call Wild Meadow home, whilst learning things about their unique habitats along the way!”

Áine Walsh, Head of Northern Ireland Screen’s Irish Language Broadcast Fund, adds:
“This beautifully animated series allows young audiences to explore the wonder and joy of nature and may even encourage them to discover the creatures and flowers in their own gardens.”

Ladybird & Bee is produced by Paper Owl Films and commissioned by RTÉjr with funding from Northern Ireland Screen’s Irish Language Broadcast Fund and Screen Fund. The series was made in Holywood, Northern Ireland by a remote crew based across the country, and premiered on RTÉjr in Irish in March 2021.

Ladybird & Bee launches to RTÉjr in English on 4 October 2021 and runs weekdays until 20 October at 7am, and 7:03am, with repeats at 9:12am and 12:30pm.
Each episode will also be available on demand via RTÉ Player.